2014 saw the worst military escalation between Armenia and Azerbaijan in two decades, with the highest reported casualties since the 1994 ceasefire agreement. The tit-for-tat military clashes that took place during July-August 2014 along the Armenia-Azerbaijan border and the shooting down of an Armenian military helicopter over the Line-of-Contact later in November have been unprecedented in their scale and character. Such incidents risk escalating the situation beyond control.

The escalation of conflict and daily front line skirmishes pose particular challenges to the civilian population living close by. Armenia and Azerbaijan have substantial civilian populations living in the immediate proximity of their mutual border, which has been turned into a heavily militarised front line.

This policy briefing summarises major findings and recommendations for improving the security of communities living on either side of the Armenia-Azerbaijan international border. The perspectives and ideas in this briefing are drawn from a larger report titled Towards a secure future: community voices in border areas of Armenia and Azerbaijan, which is based on a series of individual and group interviews held between October–December 2014 in a number of Armenian and Azerbaijani villages close to the border.

We hope the briefing and the full report will be useful for policy makers, civil society organisations, and international practitioners working on this conflict, and that it will help raise awareness of the security and livelihood needs of the civilians living in either side of the Armenia-Azerbaijan border.

This research was carried out within the framework of the Swiss-funded project ‘Promoting community-focused responses to insecurity and conflict in border areas of Armenia and Azerbaijan’.

“In the worst weeks of 2014 ... villagers reported that essentially they were living under siege.” 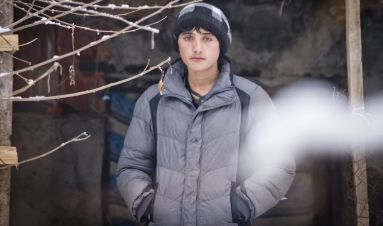