Ensuring citizens are at the centre of Kenya’s devolution

Community action groups in Muhoroni have inspired their communities to actively engage in the devolution process and hold the county administration to account about the spending of public money and proper service delivery.

For communities in Muhoroni, rural Kisumu, getting information about issues affecting them used to be almost impossible. Most community members did not know where or how to get information. “People didn’t know the role of both the county and national government, their role in the development process, and the general devolution framework,” says James Orundu, a member of the Muhoroni community action group. “They could not access their leaders due to their unresponsiveness and there was a lack of feedback mechanisms to pass information to the community.”

Implementation of devolution following the 2013 general elections represented a key milestone in Kenya. It was hoped it could strengthen democratic governance, moving away from a centralised governance system characterised by a powerful executive, widespread corruption, lack of democracy, and low popular participation in decision-making. But conflict analysis undertaken in Kisumu by Saferworld highlighted that devolution, if not properly managed, could also potentially foment ethnic conflicts, especially if processes were perceived to alienate certain people or communities. If not checked, the almost-autonomous devolved units could be easily manipulated by local elites, leading not only to governance being devolving but also corruption.

The DFID-funded Drivers of Accountability project emphasised the need for authorities and citizens in ethnically diverse counties with a history of recurring violence to put an understanding of the contextual dynamics that drive conflicts at the centre of their actions. Through the project, community action groups were set up, with community representatives trained by Saferworld and the National Council of Churches of Kenya on advocacy, social accountability, citizen participation and conflict sensitivity in February 2015. Trained in conflict sensitivity, citizens gained a better understanding of how devolution may exacerbate conflict and, in the process, chose to collectively develop and implement strategies that ensure devolution is a unifying process, not a dividing one. In Muhoroni the community action group then mobilised the wider Muhoroni community to engage in the devolution process.

One hundred and fifty community members from villages in Muhoroni ward went out to mobilise and educate the general public on service delivery from the administration and the role public participation can have in improving the quality of public service delivery. The group shared information with communities through regular community meetings and on local radio talk shows focusing on civic education. They also gave communities reading to highlight the devolution process. At key points the community action group encouraged community members to participate in public fora and engage with their ward leaders.

As community members became more aware of their rights and the devolution process they started engaging with the county authorities at ward level on good service delivery on an individual basis and during community forums. As an outcome of the training, the community members also identified their priority issues, which included improved service delivery in Muhoroni health centre, improved education standards, and the repair and construction of access roads and market centres.

As the project has progressed, local people in Muhoroni have taken an increasingly proactive role in monitoring these priorities – for example, conducting social audits of on-going public service projects, something which was not happening before. They have taken the initiative to visit project sites and ask for project information from the management committees, and have started identifying gaps in project priorities or deliverables. They invited ward administrators to community forums – as well as members of the County Assembly, sub-county health officials, and project management committees – so they can hear their reports and hold authorities to account about the spending of government money on public projects.

“I can confirm to you after serious engagement with county authorities we have now Muhoroni health centre providing good services to us,” says Tom Minda, a member of Muhoroni ward community action group. “In fact, the community members and health workers have applauded the health centre committees for the proper management and impressive services offered to community members.” 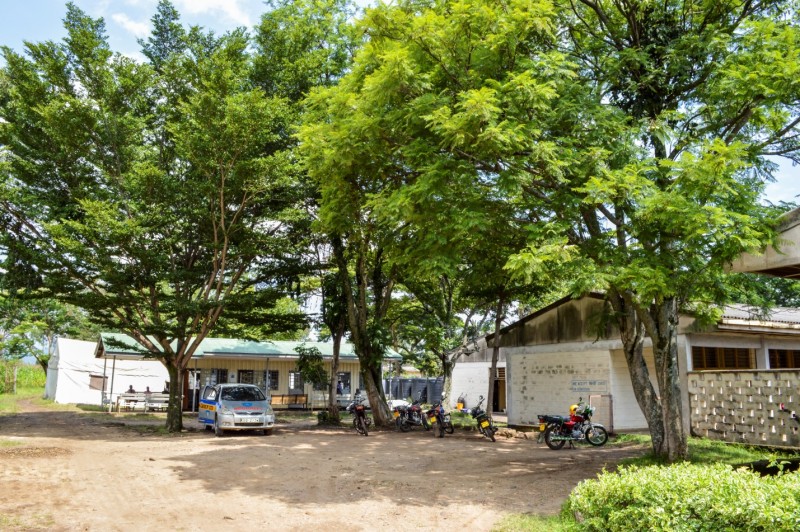 Another significant shift arising from the project training has been a noticeable change of public engagement in the county budget process. In April 2015, Kisumu county officials tabled county budget estimates for the financial year 2015/16 at budget preparation forums held for the public to comment on and approve spending. The community action group noted that areas the wider community had identified as priorities – such as improved service delivery at Muhoroni health centre, improvement of access roads, and construction of early childhood centres – had not been reflected in the proposed budget, leaving the community feeling excluded from the process.

The action group engaged with county leaders to try to get the budget revised, but were turned down. Instead of backing down, the group continued to refuse to accept the budget and asked the county officials to go back and change their proposals to reflect community priorities. “In fact the County Officials were shocked by the community’s reactions during the meeting, says Augustine Wanjala, a staff member of the National Council of Churches of Kenya based in Kisumu. “They expected the community just to accept what was given to them, as it has always has been.”

At first the local authorities (ward leadership) were sceptical about the increased community involvement in social accountability. In the past, meetings had been aborted because citizens would resort to heckling the leaders and acting in a way that risked raising intra-community tensions and anger. The project’s training on conflict sensitivity and its relevance in the devolved governance framework had changed this, and after attending community meetings about devolution, under the invitation of the community action group, the officials found community members were prepared to engage constructively through dialogue and willing to give them a chance to respond to the issues raised.

Through the project, the community has become less adversarial and the leadership more responsive to the community’s demands. The leaders now appreciate that lack of information results in suspicion at the community level which often feeds tensions. As a result, they have been deliberate in giving feedback to community members during regular community forums. The community action group members have been able to draw attention to specific priorities, and the leaders understand that they cannot hand pick projects for the people without their involvement.

Through the work of the project the leadership’s perception of the community has substantially shifted as well. They are now working with communities, even asking to meet with the community groups – using them to disseminate information through their networks to the wider community, as well as enquiring about priority issues for the community.

Muhoroni sub-county is one of the nine sub-counties targeted by the Drivers of Accountability project. In Isiolo, Kisumu and Marsabit counties, which have a history of both resource-based and politically instigated conflicts, Saferworld is working to influence and support both national level devolution institutions and county governments to adopt conflict-sensitive approaches to implementing devolved governance.

Find out more about our work in Kenya.