For over ten years, communities on both sides of neighbouring Otuke and Abim districts in northern Uganda have disputed ownership of the village of Barima that lies near the boundary separating the two districts, causing regular, violent clashes and land encroachment. Saferworld has been working in Otuke district to ensure communities know their rights and can work alongside authorities to resolve disputes.

Land conflicts in rural Uganda range from family-based disagreements to border disputes. Otuke district has experienced a range of land-related problems. Following two decades of violence and fear generated by the Lord’s Resistance Army (LRA) that once dominated northern Uganda, residents of Barima village have regularly encountered attacks from armed individuals and groups from Abim district. In the past decade, displacement and high levels of cattle rustling have left locals unsettled and unsure of their rights.

In 2015, tensions between Otuke and Abim escalated into violence. Despite official maps that show Barima is located 26km inside the Otuke border, Abim authorities maintain the land has been theirs since Barima locals fled in 1998 during the LRA insurgency. Upon their return in 2006, Barima residents reported finding Otuke district sign posts uprooted and vandalised with Abim district claiming that the land is under their jurisdiction. Since 2012, Barima residents have experienced increasing incidences of armed violence, for example by youth and former cattle rustlers taking advantage of residents’ precarious position as a result of the disputed border. This has threatened their livelihoods and exacerbated their vulnerabilities as returning internally displaced people.

Since 2015, Saferworld has worked closely with the governance structures that deal with land in the area, including district officials, cultural leaders, and community representatives in Otuke, and later Abim, to resolve and prevent conflict. Our work has promoted conflict-sensitive and human rights based approaches to land governance. 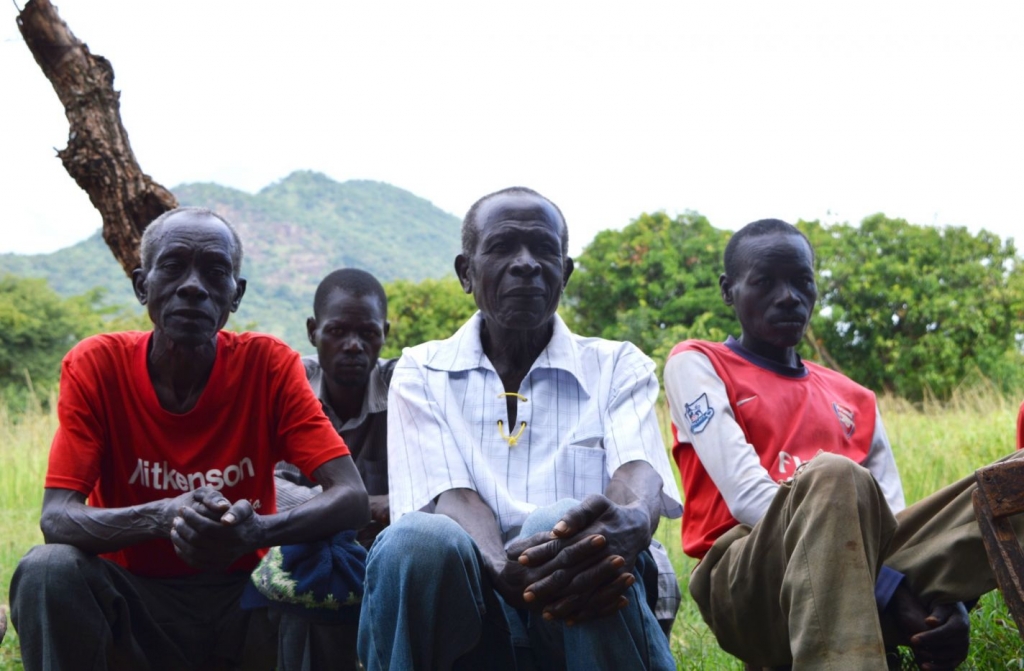 Community elders who have been victims of violent attacks join the community meeting. They gather in front of hills that demark Otuke and Abim's border. © Alexandra Azua Hale/Saferworld

To create a sustainable community support network to address land conflicts, Saferworld and partners established a voluntary community-led mediation committee made up of 30 men and women from Olilim sub-county (in which Barima is located) of different ages, including police and security representatives. Saferworld and partners trained committee members on approaches and skills to resolve conflicts, land rights including women’s rights to land and other properties, and conflict analysis during resolution processes.

Working within the community, members of the mediation committee have honed their mediation skills over the years to resolve disputes and prevent disagreements escalating into conflict. Impressively, the committee recorded important details of all the cases that were brought to them. “Record keeping was very important. The mediation team has a book in which they’ve been documenting cases since 2015. In 2015, 102 cases were registered, only two went to court; in 2016, 92 were successfully mediated, none went to court; in 2017, 56 have been registered six are pending, none have gone to court – a significant reduction” said Otuke community member Okello David Omara.

Another significant outcome is that men in Olilim sub-county now support and uphold widows’ land rights. Traditionally, women became displaced after their spouse’s death. The mediation committee was instrumental in winning support from the community that women’s consent over what happens to family land — including after the death of a spouse — is a vital pillar of their land rights. During a meeting in Otuke in July 2017, attendees praised the committee for resolving the majority of local cases in a way that was fair and sensitive to the needs of women. 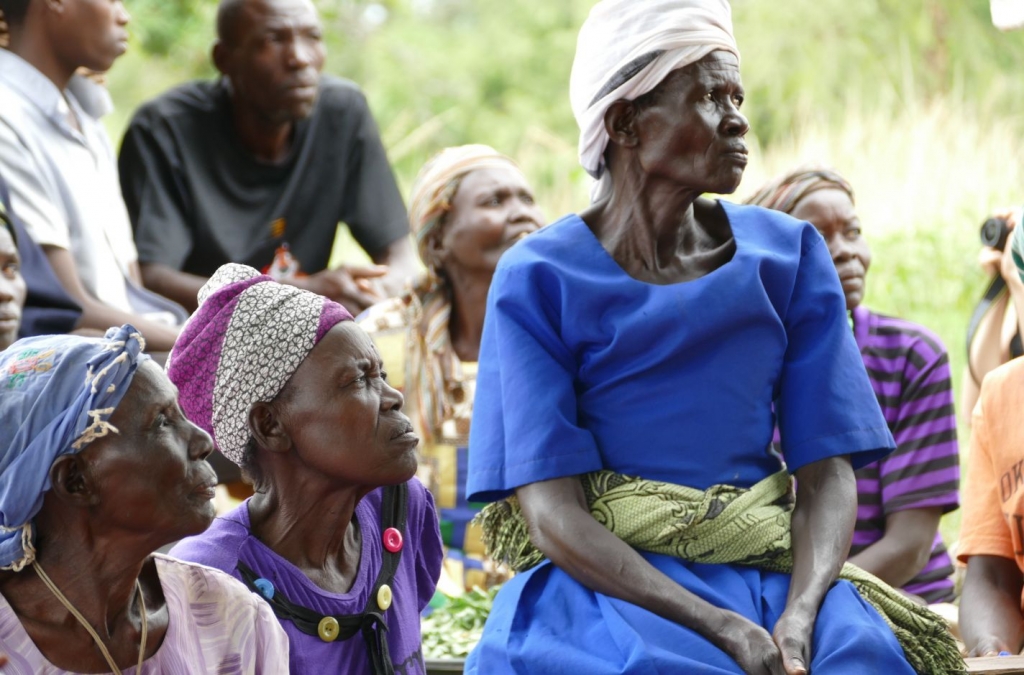 Women's rights to land ownership and inheritance in northern Uganda are often ignored or denied, in particular after the death of a spouse. © Jessica Summers/Saferworld 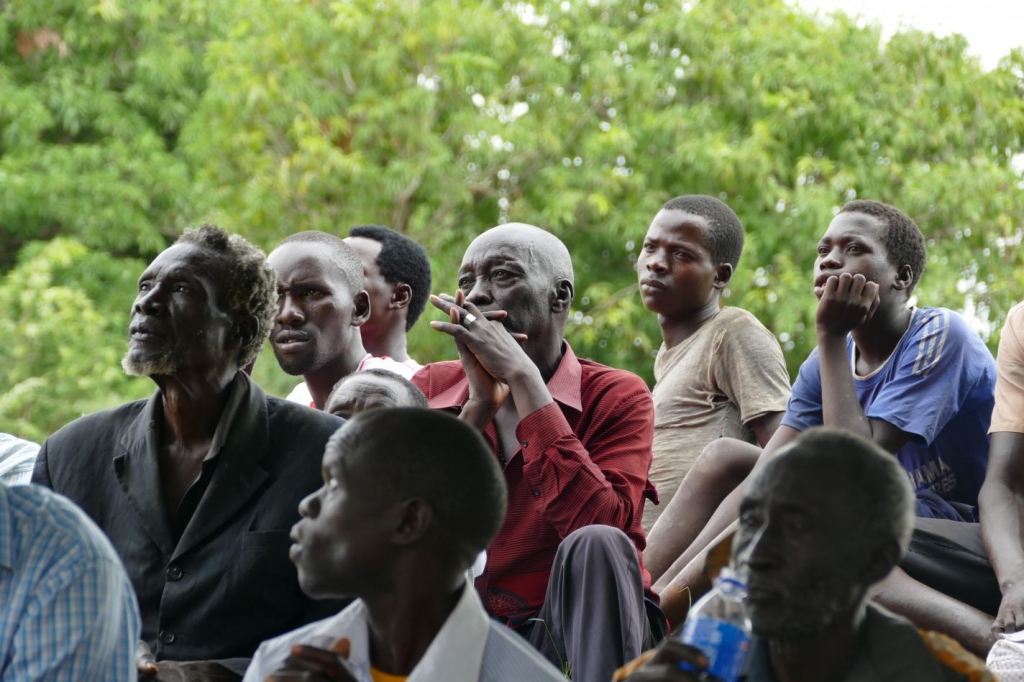 Male community members of all ages attend the Saferworld project closing meeting in July 2017. A notable outcome is that men have since recognised, supported and upheld widows' land rights. © Jessica Summers/Saferworld

Throughout 2015-17, Saferworld also held individual meetings with community members to give people the opportunity to voice sensitive issues one-to-one. These sessions aimed to address various types of land disputes, including sensitive marriage-related discrepancies and physical attacks. This proved essential for vulnerable individuals, including women and the elderly, who reported feeling unable to voice their experiences in front of the community for fear of negative repercussions.

Radio plays a vital communications role across rural Africa. To reach a wider audience Saferworld and partners worked with radio stations across northern Uganda to encourage discussion and improve awareness of land laws among listeners.

In Otuke, the chairperson of the mediation committee, the resident district commissioner, district police commander and Saferworlders regularly joined forces on radio shows to talk to listeners about subjects including women’s land rights, land acquisition processes, and security concerns arising from cattle rustling and cattle keepers (known as Balalo) who illegally trespass on land.

During the monthly radio shows – panellists were first allowed to introduce and debate a given topic, then invited listeners to call in with queries and comments for discussion. The format encouraged people from different communities in the area to voice their concerns and discuss solutions, often with those with differing opinions.

“Each show was different depending on the cases brought forward. We would start by providing general useful information about land rights for listeners to respond to. Sometimes we’d cover one issue, other times it’d be many,” said Saferworld’s project coordinator Dorcas Akello. “Callers would also respond to each other, prompting more conversation from others within their area and from afar. It was great to see people from different clans and areas responding to shared concerns and expressing their needs to government officials.” 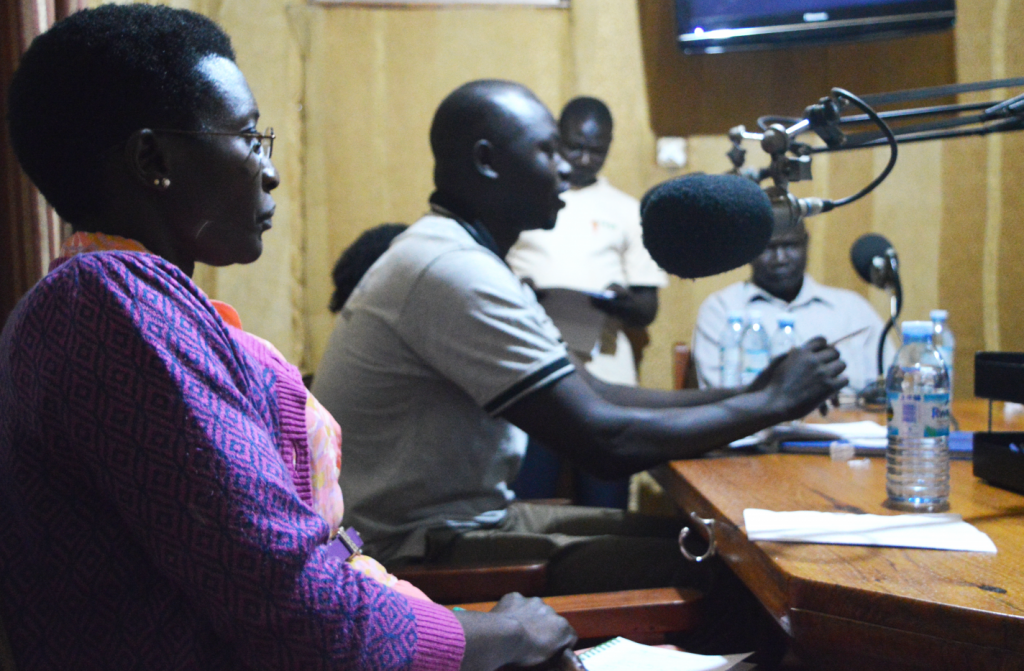 Saferworld joins Radio Amani in Adjumani town, northern Uganda, in July 2017. Broadcasting across the district, the hour-long show allowed listeners to phone in with their experiences of land conflict. © Alexandra Azua Hale/Saferworld

To address the disputed border between Otuke and Abim - and where Barima and its residents ‘belong’ - community members and district authorities from Otuke and Abim have been working to build a relationship to improve cooperation and understanding.

In 2016, Saferworld facilitated several community meetings between the two districts involving relevant officials. During one meeting, members from both communities formed a joint committee to analyse the current conflict and provide constructive recommendations to the two district heads of governance. Based on their analyses, a police post was set up to provide security to Barima’s residents. The community’s safety has since vastly improved. 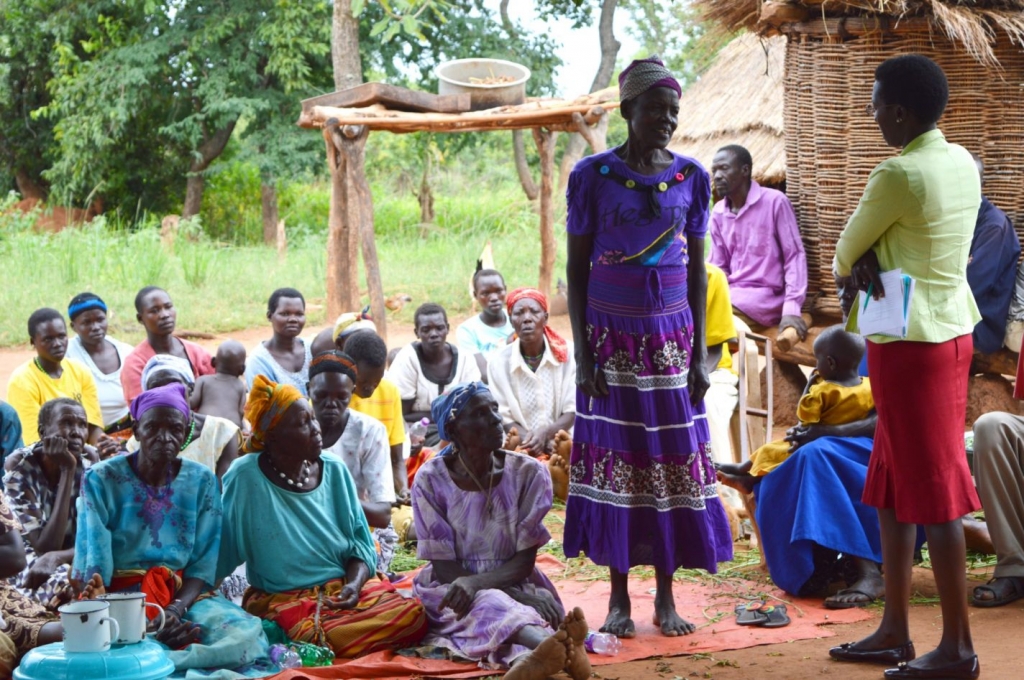 Project coordinator Dorcas speaks to community members addressing their concerns. Following Saferworld's engagement in the area, Otuke community members continue to meet and use conflict and gender-sensitive mediation skills that include the marginalised. © Alexandra Azua Hale/Saferworld

Despite Saferworld’s work in Otuke coming to an end in September 2017, progress in promoting land rights has continued into 2018. The mediation committee regularly meets with its community members, applying conflict and gender-sensitive approaches to resolution talks on both sides of the border. “District officials, cultural leaders, village elders and the general community are routinely collaborating to address their problems, in spite of ongoing challenges and changes in the area” says Dorcas. “After many years of insecurity and disruption to peoples’ lives in northern Uganda, communities are creating networks for stability and peace.” 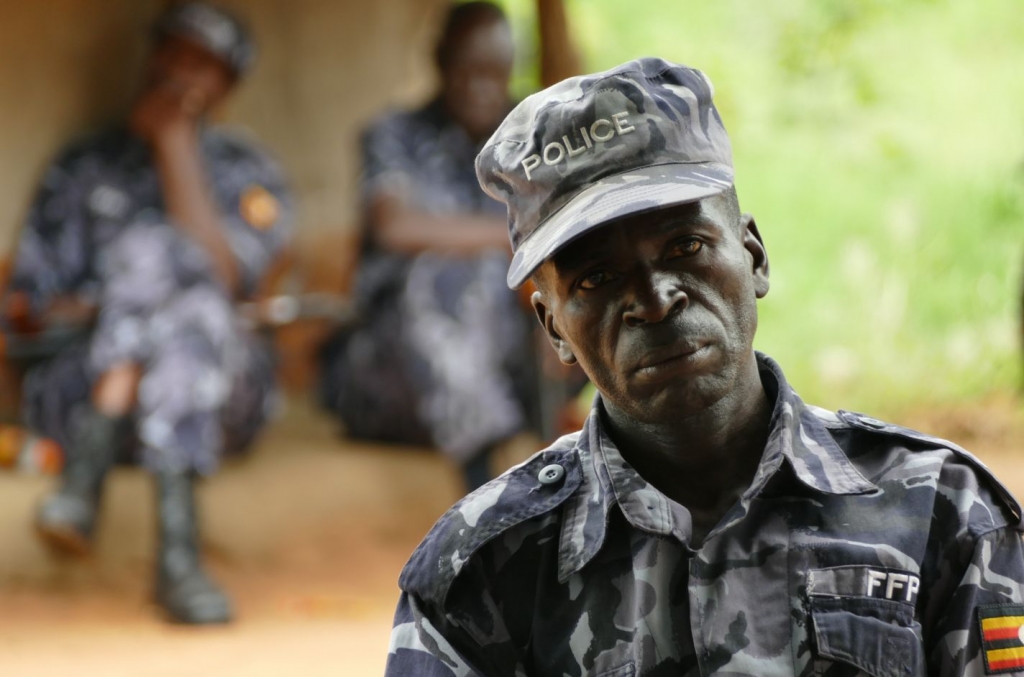 Saferworld works across northern Uganda to promote conflict-sensitive and inclusive approaches to land ownership and governance. This work is funded by Irish Aid Civil Society Fund.

Find our more about our work in Uganda.