Since the official ending of the conflict over ten years ago, Nepal has so far avoided falling back into violence. However, the struggle for people's rights from marginalised groups – including Dalit and women – continues. Women also face a number of specific challenges including high levels of gender-based violence, patriarchal norms, and harmful practices including child marriage. We spoke to a women's rights activist in Nepal about what she is doing to help women and girls in her community, and why she does it. 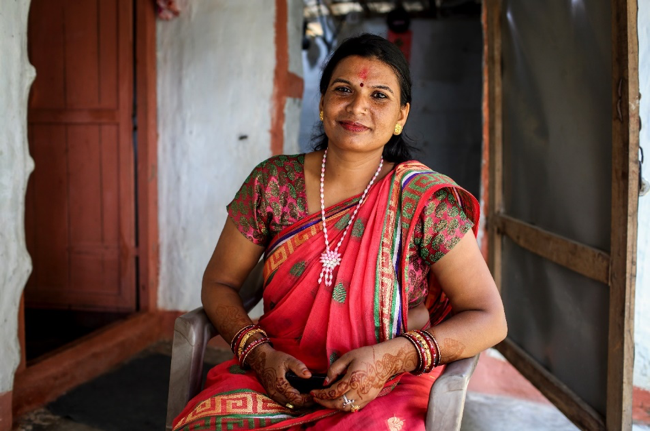 Basundhara Gaire outside her house in Province 2, Nepal

“To empower woman first, they need to be self-dependent. When they are fully educated, they realise that they can face their problems on their own. To fully empower women, education is the must.”

Basundhara Gaire, 35, is a women’s rights activist and member of a Saferworld-supported group that works to address concerns raised by her community in the Mahagadhimai municipality of Bara district in Province 2, Nepal. Basundhara travels daily to reach Dalit women and women of other minorities to provide vital services such as post-natal care, and one-to-one support on financial management and independence. She is also a mother of two children.

“Not just in Nepal but all over the world women are mistreated. For a single woman, the situation is even worse the way society looks down on them. I took up activism to transform such perceptions. For example, girls aren’t sent to school because the family considers it a waste of money to invest in educating a child who will go to live with her husband after marriage. Then there is the dowry system, and harmful attitudes such as refusing to cooperate in their women’s citizenship application process. They say women don't need citizenship, and as a result they cannot vote and their children cannot be enrolled in schools without the necessary documents.” 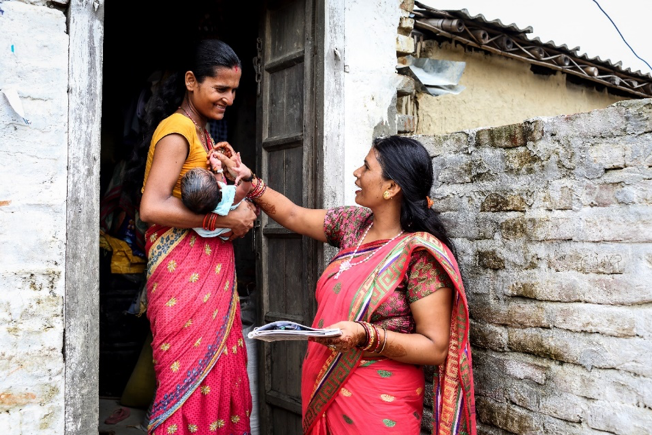 Basundhara visits a mother to inform her about vitamins for her baby.

Part of Basundhara’s time is spent informing mothers about child nutrition and health, women’s sexual health services and available vaccinations. Women of Madhesi, Dalit and other poorer communities suffer significant inequality in access to health services and face higher neonatal and infant mortality rates. Despite Nepal’s journey to federalism bringing decision making closer to the people, marginalised women and children continue to be left out of the conversation on governance.

“Women often aren’t provided the necessary health care when they a seriously ill, and their families are reluctant to pay for expensive treatment. There was once a case where I helped a woman suffering from cancer. I took her to Bharatpur Cancer Hospital and argued for a 100,000 rupee waiver towards her treatment fee through the public health scheme. Yet her family were unwilling to put in the remaining amount. She died of breast cancer. I still have the death certificate with me. I often come across such cases.” 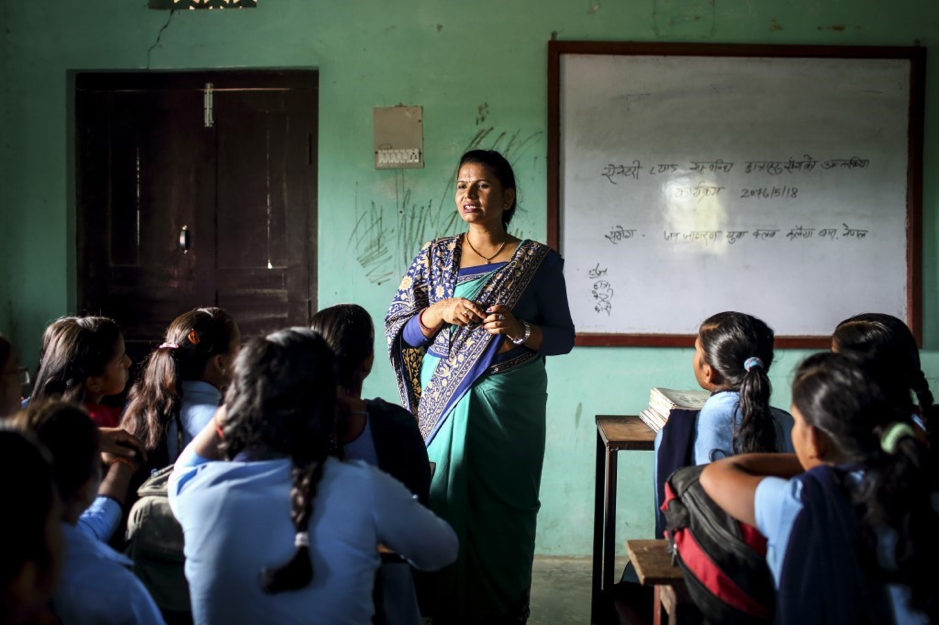 At a nearby school, Basundhara volunteers to teach a class of young girls about menstrual health. 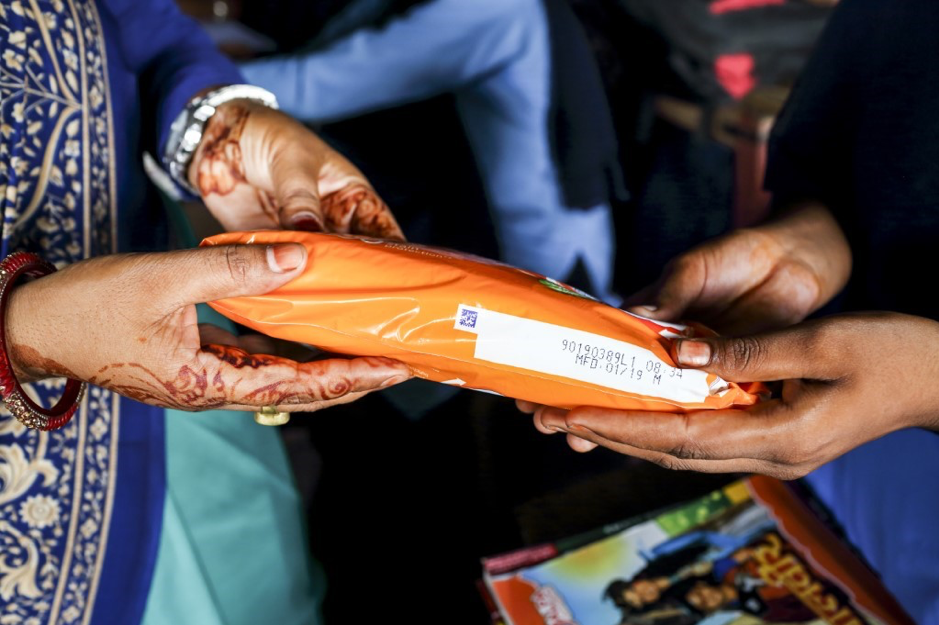 Free sanitary products are distributed at the end of class.

In 2015, Basundhara became a widow which created stigma in the community, but inspired her activism. “[My husband] was a police officer during the Maoist insurgency. During his service, he was shot and wounded and the government did nothing for him. He used to say the government were nothing if they did not care for their wounded service men. In 2003, he left the police because they didn’t grant him any benefits. He became depressed, and six months later his mother passed away, and that was it.

When he passed away, I had no hope to live again. I stayed under doctor’s observation for three and half months and my maternal family cared for me a lot. A year later I began to realise that there are many women who have suffered more than me and this inspired me to train as a social mobiliser.

Now I don’t introduce myself as a single woman when I am traveling or working. Widowed women aren’t expected to speak with men, wear good clothes, and eat good meals. People often taunt me saying ‘Why does she dress up, for who?’… Don’t I have the right to choose what to wear? Why can’t I look beautiful?” 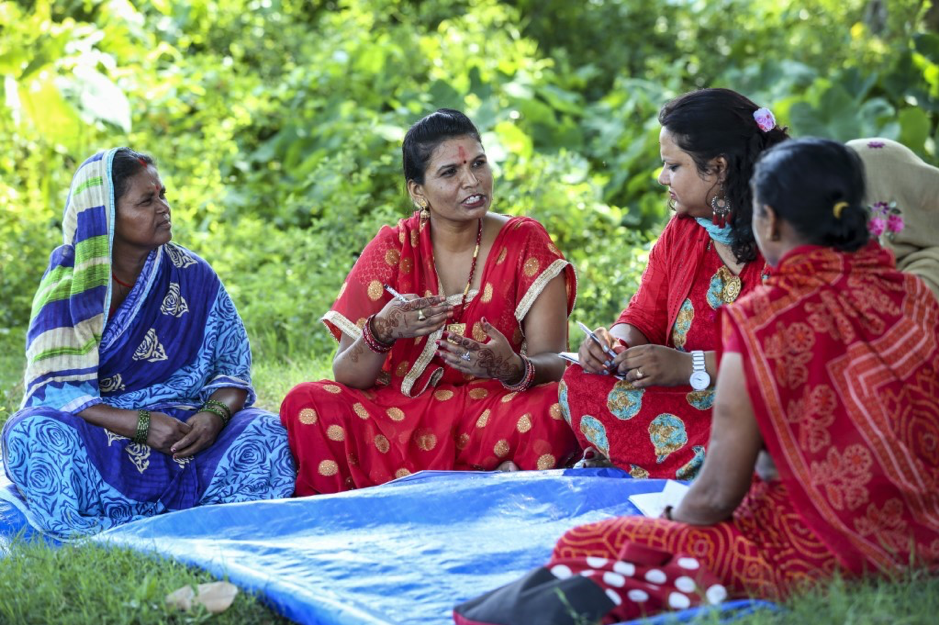 Basunhara joins the women’s committee of a community action group, supported by Saferworld.

While Basundhara continues to support the livelihood of vulnerable women and children, she looks to her future for inspiration. “The desire to continue higher education is still in me. I more wanted to do my PhD in law and advocacy. I want to give free advocacy for widows and single woman. May the rights for woman prevail, I want all the shaming words such as ‘witch’ and other superstitions to be eradicated. For a beautiful peaceful Nepal, I want no violence in any house.”

Saferworld works with communities, civil society and elected representatives across Nepal to identify and build opportunities to improve public participation in local and national governance and bring the voices of the most marginalised to the fore. These photos are part of the Sundar Shanta Nepal project. Sundar Shanta, meaning peaceful and prosperous, works with communities to address issues affecting their lives, including a lack of access to adequate healthcare and education, and exclusion from decision-making processes.