Road to recovery: addressing conflict through dialogue in South Sudan

Decades of conflict in South Sudan have torn communities apart, with many still struggling to live peacefully or earn a living. Esther and Hakim work in Torit County to bring people together to address tensions and talk over their concerns.

“I lost my husband during the war in 1994,” said Esther, a mother who lives in Bur, in the south east region of South Sudan close to the Ugandan border. When conflict broke out again years later, she sent her two teenage boys to a refugee camp in Uganda where they would be safe and be able to get an education. “There was no proper schooling for the children here,” she said. “They were constantly disturbed by the gunfire. I almost ran away also. When I have some money, I send it to them for their school fees.”

The fighting has calmed recently, but tensions still linger. “Conflict took so many lives here and left a lot of orphans behind.” Esther now works with the Solidarity Association for Rehabilitation and Recovery Affairs (SARRA), Saferworld’s partner, to reconcile differences and bring peace back to her community.

“It’s not good to continue living in chaos,” she said. “We need to stop this conflict so we can bring development into our community.”

Esther’s colleague Hakim talks about the ways that SARRA reconciles different members of the community after violence broke out several years ago. “We bring conflicting communities into dialogue, often for a number of days, for them to look deep into the problems that might be creating this mess between them,” he said. “We’ve focused a lot on road safety because roads are crucial for the transportation of medicine, educational materials, and humanitarian aid. Roads connect you to the market, to the government, and to organisations that want to assist communities. For example, in 2017 a community was struck by a disease just because medication couldn’t get through.” 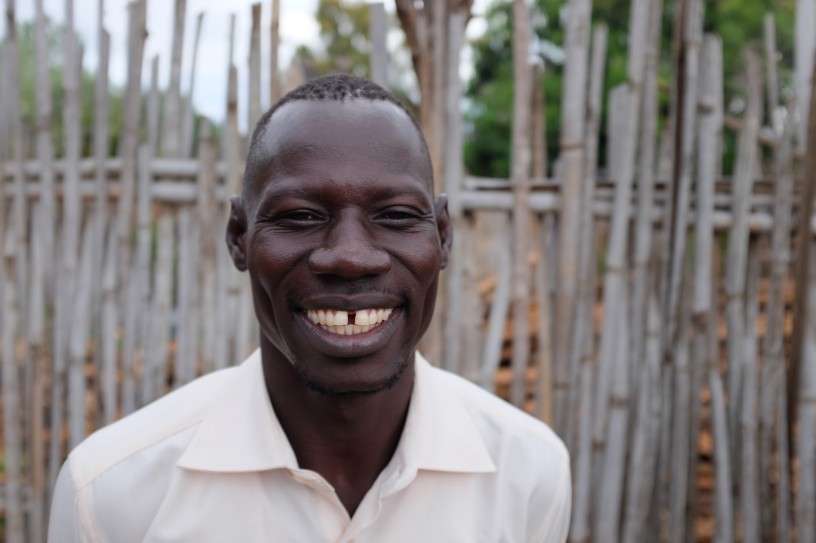 While armed conflict has disrupted travel across much of South Sudan, Hakim and Esther have worked with communities to take a proactive approach. ”We also engage communities on child protection,” said Hakim. “We bring people together with armed groups and authorities to discuss how to better ensure child protection and road safety.”

Esther hopes the peace will last so that her community can focus on improving quality of life for its residents. “We need to stop this conflict, so the orphans from this conflict can get an education. They are the ones who can change this village for the next generation.”

Read more about our work in South Sudan