Nana Gamkrelidze reflects on September’s serious military escalation between Armenia and Azerbaijan. During the intensive shootings directed towards the frontline villages of Armenia and Azerbaijan three civilians were killed, more than ten wounded and property of many others was severely damaged on both sides.

“The bullets damaged the windows, doors, walls and gates of my house. We had to evacuate our children to the regional centre, but we cannot leave our homes. We do not have anywhere else to go,” a 60-year-old resident of the village of Alibeyli, Azerbaijan, tells me. “I’ve spent my entire childhood and adult life in fear,” adds another local villager. “All I’ve seen is war. Now my children are going through the same experience. We are too close to the Armenian military positions.”

Peaceful civilians living in the villages located along and across the Armenian-Azerbaijani international border and the Line of Contact between Nagorny Karabakh and Azerbaijan have to face lethal risks on a daily basis. Even though they take special safety measures – like constructing protective walls around the most vulnerable areas, harvesting crops during nighttime, and blocking the windows of houses and schools facing military positions with a thick layer of bricks – they are never really safe. The village residents often find bullets in their gardens, close to schools and kindergartens or sometimes even in their kitchens or bedrooms. Anyone living on the frontline is just one unlucky move away from being wounded or killed.

The past year has also seen a serious military escalation. Since August 2014 skirmishes between Azerbaijani and Armenian troops killed dozens of Armenian and Azerbaijani militaries, wounded more than ten civilians and also led to the downing of an Armenian helicopter by Azerbaijani forces in November 2014.

On 1 September 2015 the shootings from the Armenian military positions started in the village of Gapanli, Azerbaijan, and wounded two people (one of them a 3-year-old child) who were enjoying the wedding party of a fellow villager. Shooting incidents intensified in other villages as well, with several people wounded and the properties of more than ten civilians seriously damaged in the villages of Alibeyli, Mezem, Jafarli, Kemerli and Qushchu Ayirim. Some of the village residents refused to leave their houses until the shootings were over, although later events proved that staying at home is not safe either.

Villagers feel as if they are living under siege – the shootings not only pose lethal threats to them, but also undermine their livelihoods and diminish employment opportunities in these areas. Civilians often claim that the shootings intensify during the harvesting season, sometimes damaging the crops, killing cattle, or making it impossible to harvest crops at all. The ongoing not-so-frozen conflict deprives the residents of the borderline villages of safety, chances to lead any kind of social life, employment opportunities and even food for survival.

This time the escalation has actually gained international attention. On 24 and 25 September the Co-Chairs of the OSCE Minsk Group together with the Personal Representative of the OSCE Chairman-in-Office Ambassador, Andrzej Kasprzyk, held separate and joint meetings with the foreign ministers of Armenia and Azerbaijan to discuss the need to reduce tensions along the Line of Contact and international border, to advance negotiations on a lasting settlement, and to implement confidence-building measures.

However, unless all sides work to prevent new incidents, explore mechanisms to de-escalate the situation, and minimise civilian targeting along the border and the line of contact, there is every possibility that skirmishes like those that have killed six civilians and wounded more than 30 in the past year, could lead to the situation spiralling out of control.

Find out more about Saferworld’s work in Armenia and Azerbaijan.

“The ongoing not-so-frozen conflict deprives the residents of the borderline villages of safety, chances to lead any kind of social life, employment opportunities and even food for survival.” 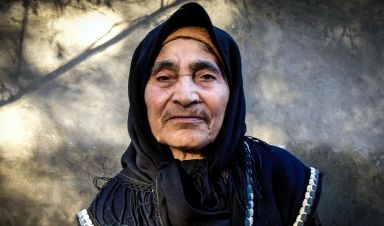