Saferworld appeals for the international community to immediately and publicly call for the Saudi-led coalition to lift the temporary closure of all air, land and sea ports to Yemen, given the devastating consequences for civilians already suffering the world’s worst humanitarian crisis.

On Tuesday the Saudi Arabia-led Coalition announced a decision to temporarily close all Yemen air, sea and land ports in order to address vulnerabilities in the inspection processes. The UN and humanitarian agencies have condemned the closure which effectively seals off Yemen to the delivery of critical humanitarian aid and vital commodities. The UN is forecasting the world’s largest famine in decades if aid deliveries are not resumed, in a country where seven million people are dependent on food aid for survival.

No timeline has been given for how long the closure of entry points will last, however the impact is already being felt. Hospitals are closing due to fuel shortages, threatening more lives in a country already hit by a cholera epidemic affecting over 900,000 people. The laws of war allow for military blockades but not when they have a disproportionate impact on the civilian population.

“The same states that are condemning blockade tactics on humanitarian relief in other current conflicts refuse to condemn similar behaviour in Yemen,” said Rob Parker, Director of Policy and Communications for Saferworld. “Even worse, states such as Canada, France, Spain, the UK and the US among others are supplying weapons and military support to the Saudi-led coalition, enabling the blockade and ongoing air campaign and contributing to the continued failure to find a political resolution to the conflict in Yemen”.

On Tuesday the UK’s Minister of State for the Middle East, Alistair Burt, declared the government’s support for Saudi efforts to control Yemen’s borders, while reporting that the UK is privately “encouraging” Saudi Arabia to ensure humanitarian access.

Rob Parker stated: “The UK, US and other states have repeatedly insisted that there is no military solution to this conflict and requested patience while they influence the Coalition through quiet diplomacy. At the same time they continue to provide massive material support to the Coalition’s military campaign. Diplomacy by major states is essential, but it needs to be robust, it needs to hold the Coalition to account for its behaviour, and it cannot be accompanied by actions that facilitate and support further violence. Quiet diplomacy is failing. The world must demand action from their governments and speak up loudly for the Yemeni people or be complicit in their suffering.” 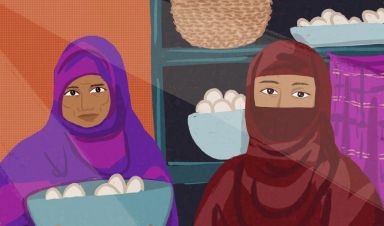 What if the war in Yemen hadn't happened?