The independent progress study on youth, peace and security: the first step on a long road ahead 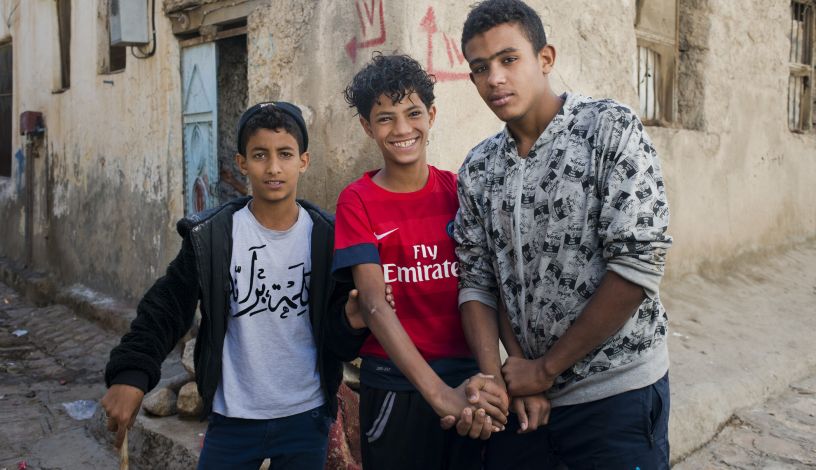 Following the release of the independent progress study on youth, peace and security, Jordan Street and Leonie Northedge argue that its recommendations are an important first step in maximising young people's potential to create change globally and in conflict-affected communities. But as long as policies and programmes do not properly address exclusion, the youth, peace and security agenda will fall short.

‘The missing peace: independent progress study on youth, peace and security’ makes a compelling case for policymakers to rethink ways of engaging young people around the world – moving away from a mind-set that sees them as victims or perpetrators of violence, and instead as peacebuilders and change makers.

Based on discussions with over 4,000 young people and research on youth participation in 27 countries, the progress study presents an authoritative voice in the emerging policy space of youth, peace and security. Bringing to life the experiences, needs and concerns of young people from across the world, it should be seen as a roadmap for the UN and member states to deliver on the United Nations Security Council Resolution 2250 (UNSCR 2250) on youth, peace and security.

The study’s far-reaching recommendations should not be seen as end goals but as the beginning of a global effort to redress policy shortcomings around youth. Two specific areas – both highlighted in the study – will need even bolder action than outlined in the recommendations if young people’s full peacebuilding potential is to be unlocked.

The first is the countering/preventing violent extremism (C/PVE) agenda, which the study points out has negatively affected youth in many countries. Saferworld’s critique of this agenda is underpinned by our research in Egypt, Tunisia, Syria, Somalia, Afghanistan, Yemen and Kenya, where we have shown how governments – with the support of international allies – have assigned ‘sweeping characterisations of youth as fundamentally at risk of ‘violent extremism’, resulting in ‘unnuanced, counter-productive policy responses.’

In many contexts, these policies fail to empower and sometimes undermine the legitimate participation of youth in political processes, social movements, peaceful protest and expressions of dissent. The recommendations in the study offer a starting point for new kinds of engagement but will need to go further, especially in championing alternative peacebuilding approaches in place of repressive and securitised responses.

The second area, and perhaps most crucial offering of the progress study, is the analysis of the ‘violence of exclusion.’ In Yemen, where Saferworld has been working with youth organisations like Resonate! Yemen and Youth Without Borders since 2011, consultations with youth activists revealed the many layers of exclusion they face. Political institutions have long been a battleground for power or economic gain, a competition which is only open to the select few and which has worsened since 2015. Asked which political leaders they trusted to bring change, nearly all respondents said that Yemen’s current political leaders were not capable of doing it – instead, most placed their trust in peers or civil society groups.

Rarely acknowledged internationally, young people are a crucial part of peace efforts and systemic change in Yemen, creating alternatives to what they see as a ‘culture of war’ which has now pervaded the country. From grassroots initiatives to humanitarian relief efforts, youth-led activism in Yemen is vibrant.

To make progress on UNSCR 2250, there needs to be more creativity and risk-taking when supporting grassroots youth initiatives. Technocratic approaches and a focus on state institutions – aspects which make up much of the work of international organisations – should be matched with more funding for youth peacebuilding initiatives. In Yemen, international policymakers also need to open up space for youth to have a meaningful role in an internationally-brokered peace process  – one that can only happen if states refocus their efforts on those working for peace, rather than continuing to offer military aid and diplomatic support to belligerents.

Too often efforts to engage young people in Yemen and elsewhere do not address exclusion or are seen through the narrow lens of countering ‘violent extremism.’ The progress study’s recommendations offer some insights on grappling with these issues, but much braver and bolder action will be needed. Policies will need to move past superficial interventions that instrumentalise people rather than empower them. Most of these approaches only undermine progress toward the ‘seismic shifts’ that the progress study says are needed. If the UN and its member states are serious about this agenda, they must do more to challenge governments that close down space and opportunity for youth to participate, dissent and protest, and increase their support for active youth engagement in political and social discourse.

The study’s recommendations present an initial roadmap that will help change the narrative from one focused on narrow and securitised responses, to one that unlocks the true peace potential of young people. But to make this happen, policymakers will need to question their assumptions, be bold in their decisions, and evaluate what effects their decisions are having.

The United Nations Security Council is responsible for taking this approach to the next stage. If its members are not up to the task – or if they continue to pursue counterproductive approaches – then peacebuilders and champions within the UN system will need to look elsewhere. UNSCR 2250 was the result of efforts from a wide range of committed activists, including many brave young peacebuilders – their voices must be heard as the resolution begins to be implemented in earnest. 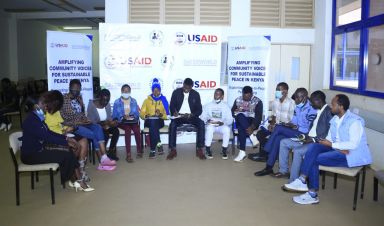 ‘The coffee is now ripe for harvesting’: Kenyan views on peace and conflict 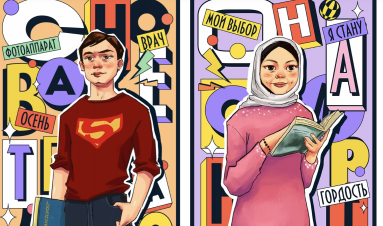 Léonie Northedge is the Middle East and North Africa Programme Manager at Saferworld.