Landmark decision from the UK Court of Appeal: Secretary of State acted irrationally and unlawfully with respect to arms exports to Saudi Arabia

In a victory for common sense and the law but most importantly for the Yemeni people, the Court of Appeal has ruled that decisions by the UK Government to license the transfer of military equipment to the Kingdom of Saudi Arabia (KSA), for possible use in the conflict in Yemen, are irrational and unlawful (see here for the full judgement, and here for its press summary)

The appeal was brought by the Campaign Against Arms Trade (CAAT) in response to a High Court judgement in July 2017 that the government’s granting of export licences for arms sales to KSA was “lawful”.

The Court of Appeal found that the UK Government failed to adequately assess the risk that UK equipment supplied to the KSA might be used in the commission of serious violations of international humanitarian law in Yemen, and to factor this into decision-making. The Court also found that it was unlawful for the UK Government to ignore the information and evidence provided by credible human rights organisations and UN bodies.

The UN describes Yemen as ‘the world’s worst humanitarian crisis' – a crisis which is completely man-made. Combatants on all sides have been responsible for the destruction of civilian infrastructure and placing huge obstacles in the way of delivering humanitarian aid. All sides have used conventional arms to commit ongoing, repeated serious violations of international humanitarian law. The UK has supplied billions of pounds worth of the aircraft and bombs that are being used in Yemen by the KSA-led coalition and continues to provide training and maintenance services to the KSA.

Paul Murphy, Director of Saferworld said: “The Court of Appeal has finally confirmed what has been obvious for years: Saudi Arabia is guilty of committing repeated, serious violations of international law in Yemen, and the UK Government has been wilfully ignoring this in its decisions to sell weapons. With the UK providing humanitarian assistance to Yemen and claiming to be leading efforts to establish a peace process, it’s time to end the contradictory policy of arming the conflict.”

In keeping with the ruling of the Court, the UK Government must now cancel all extant licences for arms transfers to Saudi Arabia that are at risk of being used in the Yemen war. Beyond this, the ruling points to a basic failing in the current UK system and the need for fundamental change in the way licensing decisions are made in all circumstances where credible sources identify risks of misuse.  First in line for further review must be licences for transfers to other members of the KSA- and UAE- led coalition that are at risk of being used in Yemen.

“We look forward in the first instance to the UK Government cancelling existing licences for arms exports to Saudi Arabia, followed by a fundamental rethink about how to meets its obligations properly in future,” said Paul Murphy.

The judgement also raises questions about the role played by the Committees on Arms Export Controls (CAEC), the parliamentary body mandated to oversee government arms export policy and practice. Despite repeated calls from Saferworld and others for the CAEC to focus its attention on the UK’s role in arming the war in Yemen, the Committees have, in this current parliament, largely ignored the issue. While prime responsibility for the decisions to export clearly rests with the government, the CAEC has in this case been derelict in its duty to hold the government to account.

The CAEC now has an opportunity to restore its credibility, by immediately calling for the Secretaries of State from the Foreign Office, the Department of International Trade and the Ministry of Defence to come before the Committees to explain how the current state of affairs has arisen and what the Government is going to do to ensure that no further UK arms are transferred where there is a clear risk that they would be used to commit violations of international human rights or humanitarian law. 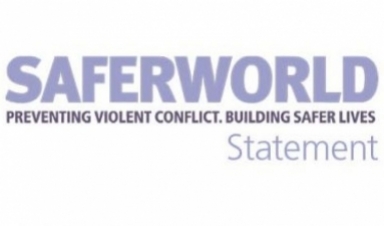