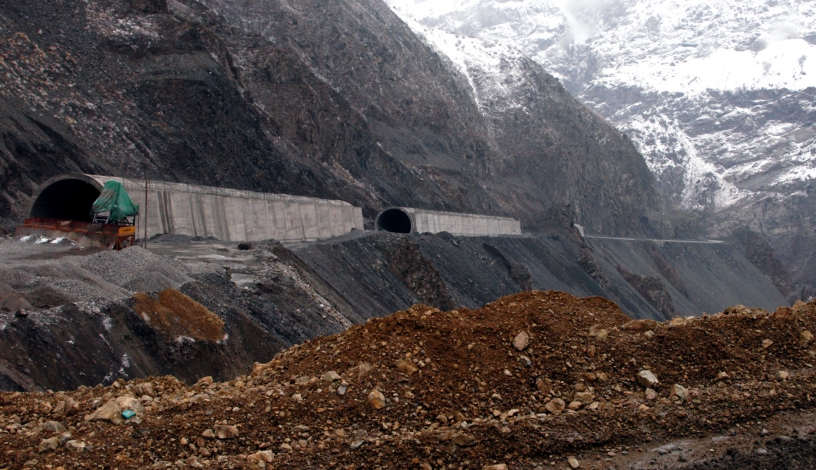 Since it was first announced in 2013, China’s Belt and Road Initiative has been off to a bumpy start. But in Beijing and elsewhere, there is growing recognition of the need for change. Bernardo Mariani and Xiaomin Tang look at some of the latest issues around the initiative and outline what an alternative approach could look like.

Last week, we attended a conference in Vienna on China’s Belt and Road Initiative (BRI) organised by the American International Group in cooperation with Roland Berger, Chatham House and the Vienna Insurance Group. The meeting was a valuable opportunity to glean insights on the role of business in addressing peace in conflict-affected and fragile countries along the BRI.

An international audience of around 100 participants – with representatives from commercial banks, insurance companies and consulting firms, business associations, development banks and research institutions – joined the event. Together, we discussed how the BRI is evolving and what this means for companies and investors along its path.

Several interesting issues came out of the discussions – generally falling under the themes of evolution, transparency, quality, and engaging with communities.

Slowly but surely, the BRI is evolving

Many have tried to analyse the effects the BRI has on economic, social and security developments around the world. Its track record over the past few years has been bumpy – from a lack of transparency over procurement and money lending processes, to criticism over possible debt traps for low income countries and a lack of community engagement, perpetuating ideas of elite or backroom deals – with participants at the conference acknowledging the attempts to revamp it. Lessons from early BRI projects are starting to drive a change of approach in Beijing, affecting the nature of cooperation between Chinese and international partners. Panellists noted that Chinese policy and business people are becoming increasingly aware of the challenges of implementing projects along the BRI and the need to adopt a new approach. As mentioned in a previous Saferworld blog, Chinese President Xi Jinping and world leaders announced at the Belt and Road Forum last April that the BRI would start doing things differently – for example, by pursuing ‘high-quality development’, ‘debt sustainability’, abiding by national and international laws and regulations on ‘open, transparent and non-discriminatory public procurement procedures’, and by ‘combating corruption’.

Some panellists viewed the BRI as an evolving concept – an organic process with renewed opportunities to strengthen connectivity, trade, financial integration and people-to-people bonds. Others pointed out that to maximise its potential to connect economies, networks, hearts and minds, and ultimately contribute to long-term and sustainable peace and development, it is the right moment to call for a Belt and Road 2.0 that will be judged on improvements and progress.

The lack of transparency around the BRI was tackled from several different angles. From the perspective of international businesses, participants acknowledged the different patterns of BRI financing and the increasing engagement of multilateral financial institutions. Many still had concerns around the often-opaque procurement and tender processes and the seemingly limited access to relevant information - especially for projects agreed bilaterally and financed solely by Chinese resources. Several panellists talked about the need to create more of a level playing field to motivate international businesses and share best practices in managing large scale infrastructure and financing projects.

Although definitions of ‘quality’ varied between participants, everyone understood the need to improve the management and delivery of BRI projects. Discussions focused on environmental and social impacts, governance, and greater cost effectiveness and sustainability. Some linked higher quality of projects and the impact they make to the implementation of the Sustainable Development Goals.

By providing insights into their financing, one expert highlighted an increasing trend in overseas investment by the Chinese private sector, including smaller companies and individuals as opposed to state owned enterprises. We asked what this means for the delivery of quality BRI projects, and how small entrepreneurs understand the impacts of their businesses and their social responsibilities in the environments in which they operate – focusing on what they can do for due diligence.

Reaching out to people

During a panel discussion on engaging with communities, we heard about studies showing that in contexts like Central Asia, the South Caucasus and Belarus, the people-to-people pillar of the BRI has been largely overlooked. Six years after its official launch, the public perception in those countries is still very mixed. Bringing relevant information to communities in countries along the BRI, and encouraging inclusive dialogue and public participation in major project decisions largely relies on the good will of external investors and decision makers in the host countries.

The initiative will be judged by the difference it makes to lives of people living in contexts affected by underdevelopment, conflict and instability. We took the opportunity to emphasise the interactions between BRI projects and peace and security in conflict-affected and fragile environments, where a true win-win for both the companies operating along the BRI and the people living there relies on a deeper understanding of the local context, sensitivity to different drivers of conflict, and genuine dialogue with communities.

Will the revitalisation of the BRI succeed? It might. But for the countries where security is under threat and where political and ethnic tensions can lead to violence, its success will depend on how businesses acknowledge, understand and engage with fragility and conflict. There’s a need to redefine the role of the business sector and its peacebuilding potential. As we heard at the conference, prioritising and focusing on traditional risk management continues to rank as a high priority for businesses engaged in challenging environments along the BRI. But they should change their perspective as it relates to risk. Instead of fixating on how to minimise risks to their investments, businesses need to take a more holistic perspective of risk and look at how they can take up more effective approaches in responding to complex conflict dynamics – helping companies, financial institutions and insurers identify both the risks that they may face as well as the positive impacts that investments can have for communities. This would allow them to anticipate threats and identify strategies for avoiding, reducing, or addressing them.

As a sector, we as peacebuilders need to remind those working in conflict-affected regions that building a sustained dialogue with communities beyond the ‘peacewash’ of some corporate social responsibility projects is a crucial – but often neglected – aspect of their engagement. No matter how much budget there is for risk management, the basic idea of listening closely to the concerns of people in countries where companies invest is one of the most critical aspects of risk management out there. Embracing a more systematic process of engagement and dialogue between communities, civil society and companies can take different forms, each of them requiring specific approaches and resources. One useful initiative would be to set up business and peace working groups with relevant local people and groups as well as company representatives. These working groups would jointly analyse the context and address any grievances coming out of BRI projects.

Finally, there’s a need to keep talking, through events like this, to add to the evidence base of business practices positively impacting peace and to then consult and analyse that evidence base so those involved in the BRI learn from it. The stakes are high – such a process is crucial to an improved environment for economic and social development and would be a true win-win for both the companies operating along the BRI and the people in countries affected by instability and conflict.

Photo: A Chinese built road in the town of Anzob in Tajikistan (Credit: Em and Ernie/Flickr). 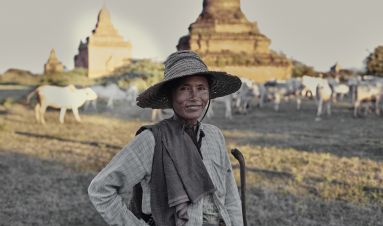 Bernardo Mariani is the Head of China Programme at Saferworld.