The Ministry of Defence should clarify its contribution to the UK’s Building Stability Overseas Strategy rather than campaigning for aid to be spent by the military highlights Saferworld's Executive Director, Paul Murphy.

The recent push from the Ministry of Defence (MoD) to define more of its work as ‘Official Development Assistance’ (ODA) has understandably raised eyebrows in the international development community. While remarks earlier this year by the Prime Minister about establishing effective links between defence and development were largely misinterpreted to mean that more ODA should be spent on defence, the increasing momentum being created behind a campaign to this effect is unhelpful at best. There is a real danger that this rhetoric, and the response it is provoking, will undermine the legitimate need to address conflict and fragility as part of the development process.

The drive to interpret a joined up approach to addressing conflict and fragility as the MoD spending the Department for International Development’s (DFID) ring-fenced budget suggests an attempt to address cuts to military budgets ahead of the upcoming spending review.

The direction of such a campaign is misplaced however, as ODA funds can only be spent by the military on very specific activities (due to strict guidelines on what counts as ODA from the OECD, as well as the UK’s own International Development Act of 2002). It is however necessary to note that while funds should not be diverted from development spending (and defence should welcome DFID’s role in ‘upstream conflict prevention’), addressing the safety and security of ordinary people is a legitimate use of UK aid.

Evidence from Saferworld’s work and that of others in conflict-affected and fragile states has consistently highlighted the need for aid to effectively address the insecurity and conflict that many poor people face. Insecurity undermines development, and improved security and access to justice for poor people are development objectives in their own right. The increasing recognition by DFID and the wider development community of the need to address conflict and violence as part of the post-2015 development framework is reflective of the gaps created by failing to adequately account for peace and security as part of the Millennium Development Goals.

Nevertheless we fully recognise that the integration of the relationship between defence and development carries risks and have explored this in the briefing, The securitisation of aid? Reclaiming security to meet poor people's needs. It is important to acknowledge that defence and development strategies play different and distinct roles.

Aid is not the only mechanism that the UK can use to promote peace and support development. It is important to recognise that there are a number of ways in which the defence community can contribute to conflict prevention activities, outlined in greater detail in the briefing, The role of defence in preventing conflict overseas. These include: supporting security and justice sector reform; defence transformation; small arms counter-proliferation; the demobilisation, disarmament and reintegration of combatants; as well as monitoring the implementation of arms transfer control arrangements. Some elements of this may count as ODA, but many will not.

The resurging debate on the role of defence in delivering development and humanitarian objectives highlights the need for the MoD to clarify how it is working to fulfil its commitments under the UK’s Building Stability Overseas Strategy (BSOS). Jointly owned by DFID, the Foreign and Commonwealth Office (FCO), and the MoD, the BSOS sets out the UK’s approach to addressing conflict issues overseas. It recognises the need for UK engagement in conflict-affected and fragile states to be coordinated in order to avoid unintentionally exacerbating conflict, and ideally to ensure that departments are working towards the shared objectives of peace and stability.

However, while the MoD mentions the BSOS in its recently published Defence Engagement Strategy, the strategy fails to articulate how it will contribute to upstream conflict prevention, giving the impression of a lack of commitment to the approach outlined in the BSOS overall. It is the responsibility of the MoD to ensure that its approach in fragile states works towards the vision of ‘stability’ outlined in the BSOS, which is “built on the consent of the population, is resilient in the face of shocks, and can evolve over time as the context changes”. Now would be a perfect time for the MoD to make that clear.

Redefining ODA: what does it mean for peace?

A call to action for UK Parliamentarians on World Humanitarian Day 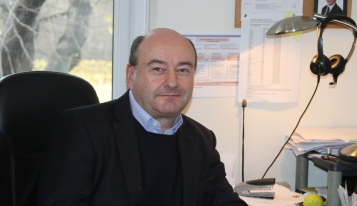