COVID-19 will pass, but Nepal must prepare for the instability it may cause 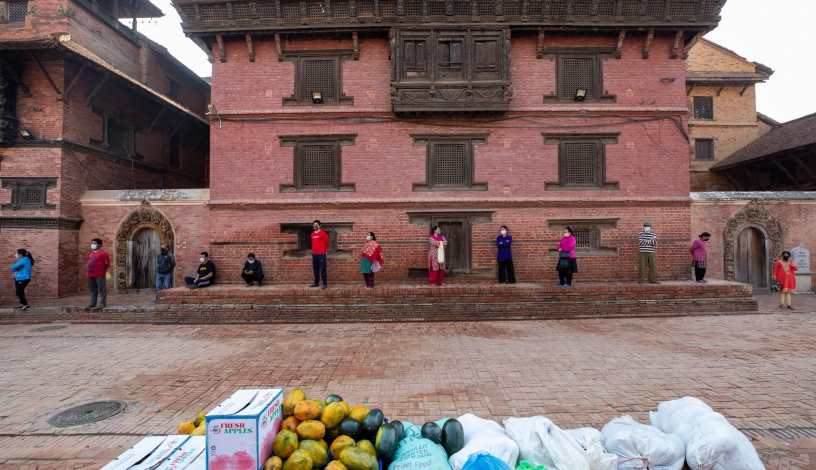 The economic crisis caused by the novel coronavirus (COVID-19) could leave thousands of Nepal’s migrant workers jobless and without remittance money to sustain their families. This could trigger mass discontent and test Nepal’s fragile political system, writes Anurag Acharya.

Over the past few weeks, thousands of families have left Nepal’s capital, Kathmandu, on foot, struggling under bundles of belongings and risking detention for violating the government-enforced lockdown. These are families that have run out of savings and are looking to return to their villages and towns. It is a similar story across all urban areas of the country, where many people have lost their jobs and livelihoods and others remain at risk due to the deepening economic crisis caused by the COVID-19 pandemic.

Nepal has been in lockdown since 24 March. There have been no reported deaths directly linked to COVID-19, but the number of confirmed cases has steadily increased to over a hundred in the past few weeks. Given the high death rates and rapid spread of infection in many parts of the world, Nepal’s virus situation may for now seem relatively benign. But there are other issues to worry about for a country that is only beginning to emerge from a decade-long conflict and another ten years of instability.

In the early 2000s, the agriculture sector contributed to 38 per cent of Nepal’s economy, employing more than 65 per cent of the working population. But in recent years, the contribution of agriculture has dropped significantly to 27 per cent, mainly because young people were driven from rural areas due to an escalation in Nepal’s armed conflict. As a result, Nepal turned from a food producing country to one based on imports, while thousands of Nepalis continue to migrate to cities and overseas for employment.

Almost 55 per cent of Nepal’s population is of working age, between 15 and 60 years-old, while the country’s unemployment rate has reached 11%. Reeling under political conflict and instability, Nepal has been unable to diversify its economy and create sufficient employment opportunities. Millions of Nepalis regularly travel to India for seasonal work, while hundreds of thousands are estimated to be working in countries such as Malaysia, Qatar, Saudi Arabia and the United Arab Emirates.

These migrant workers are managing to keep Nepal’s economy afloat with valuable remittance money. More importantly, through their economic support they have provided the government with more time to invest in its own economy, to create more jobs at home. But as thousands of migrant workers lose their jobs overseas due to the looming global economic crisis created by the pandemic, Nepal may soon run out of borrowed time.

The loss of hundreds of thousands of jobs abroad, and the inability of Nepal’s fledgling economy to provide work for people returning to the country will badly affect national income and savings. It will also increase poverty, inequality and could trigger wide-spread discontent and crime which may destabilise the country. The early signs are ominous, with a number of violent incidents over relief distribution witnessed in the past month.

Nepal’s existing infrastructure cannot immediately create a large number of jobs in the manufacturing sector, which means it will have to focus on expanding sectors, such as tourism and agriculture, that already significantly contribute to the economy. It may take some months for the tourism sector to recover from the impact of COVID-19, but agriculture may offer an immediate and durable solution to Nepal’s unemployment problems.

The new federal governance system has provided elected provincial and municipal governments with the jurisdiction and resources to address the concerns and needs of their citizens. Amid the COVID-19 pandemic, they have an opportunity to invest in the creation of more jobs through the commercialisation of agriculture, and the expansion of agro-based industries that can employ thousands of young people who are already returning back to their villages and towns. In addition, if federal and provincial governments invest in agricultural infrastructure like irrigation, roads and seed banks; and provide subsidies in fertilisers and insurance for crops and animals they could help protect farmers against losses.

Municipal governments could also improve governance across the education, health, rural banking and finance sectors to support livelihoods and discourage young people from migrating to cities and abroad. Saferworld’s work across Nepal over the past decade has demonstrated that transparency, accountability, and inclusive processes lead to better policies that improve governance and restore public trust in elected governments.

In the coming months, the effects of COVID-19 will continue to impact Nepal’s economy and test the fragile political system. But it will also present an opportunity to harness the potential of returning migrants to kick-start Nepal’s stalled economic progress. 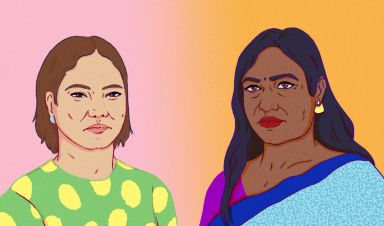 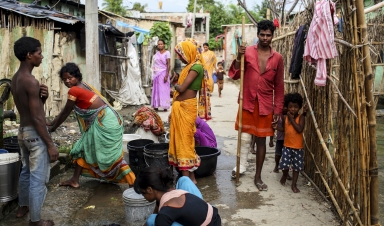