If the US wants to push back on authoritarian agendas at the UN, get counter-terrorism right 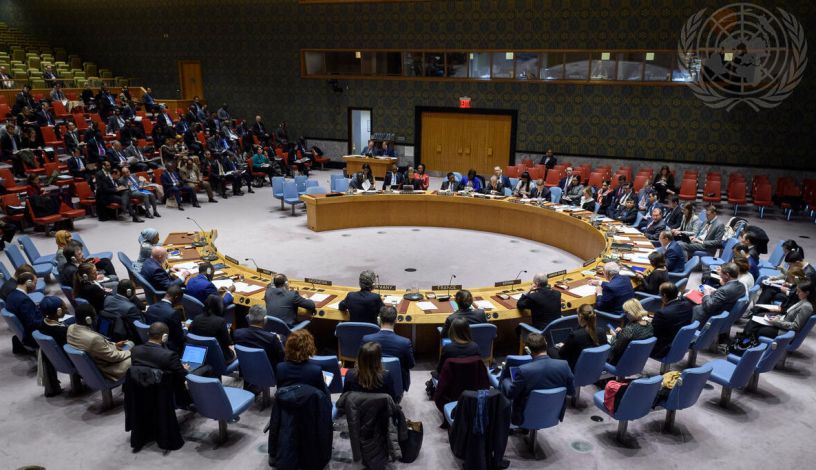 A version of this blog piece was originally published in Just Security.

Biden administration officials have made clear that ending endless wars, revitalizing American diplomacy and multilateral leadership, and defending against authoritarianism are central to their vision for U.S. foreign policy. What would that vision look like translated into bold U.S. leadership at the United Nations?

Attempting to bridge a divided United Nations Security Council will be necessary. Support to Secretary-General António Guterres’ reform agenda will be important. And climate action will be a must. These headline policy areas make sense - but one front that should also be high on the agenda – and where new U.S. leadership could make its mark – is ensuring the U.N.’s response to terrorism is fit for the threats of today and, at the very least, does no harm.

In the two decades since 9/11, U.N. counterterrorism has emerged as a sprawling, highly influential domain of multilateral action and governance over security-related law and policy, from global programs to prevent violent extremism to border controls and the regulation of online content. While American multilateralism has been AWOL over the past four years, counterterrorism has been an area of further accelerated growth at the U.N. A new dedicated Office of Counter-Terrorism has been created, grown from seven to 150 staff and has acquired a budget of over half a billion dollars.

But as recent reports show, accountability is lacking, impact is questionable at best and concerns over the absence of human rights and civic space issues from the U.N.’s CT agenda have largely been brushed aside.

Meanwhile, States like Russia, Qatar, and Saudi Arabia play increasingly powerful roles, and many groups are vocalizing concern that the U.N.’s embrace of counterterrorism is legitimizing authoritarianism, rather than advancing peace and protecting citizens.

Developments in recent years should force a rethink for the Biden administration when it comes to terror threats and the role of counterterrorism. Today, the Chinese government’s own “war on terror” has led to the systemic abuse of millions of Uyghurs – and steps are being taken to use the U.N. Security Council to legitimize this approach. The Egyptian government is using counterterror courts to snuff out the country’s last remaining human rights organizations. Saudi Arabia is prosecuting women rights activists under terrorism charges, while remaining the biggest funder of U.N. counterterrorism.

And in the Philippines and elsewhere, the government has used counterterrorism as the pretext to silence dissent, criminalize political opposition, and target journalists and human rights defenders. Instead of pushing back on these worrying trends – U.N. counterterrorism officials have travelled to Manila to discuss further cooperation, which has deliberately or not, served to legitimize this repressive approach.

If nothing changes, the U.N. risks entrenching in the international system the heavily militarized, counter-productive CT approach adopted by the United States since 2001 – which most policy experts in the United States now see as flawed. As with the U.S. Global War on Terror, the spread of the counter-terror agenda at the U.N. has not ultimately delivered greater security. If the goal was to reduce terrorism and make the world safer – then 20 years of global counterterrorism policy has been a strategic failure.

If the Biden administration is serious about promoting democracy and pushing back on authoritarianism, then it’s time for a policy response that confronts the way in which counter-terrorism is being abused by autocrats. Reckoning with the ways in which counterterrorism and related agendas like countering violent extremism (CVE) have been used for nefarious ends and encouraged repression and corruption is essential. Indeed, in the United States, debate is now focused on how to properly respond to the rise of domestic, right-wing groups, just months after the Trump administration sought to use terrorism branding to crackdown on Black Lives Matter protesters.

Encouragingly, in recent months, U.S. foreign policy leaders in the Democratic Party, such as Ben Rhodes and Samantha Power, have rightly called for the rejection of the 9/11 approach to security and counterterrorism. New Secretary of State Antony Blinken and National Security Advisor Jake Sullivan have likewise called for an end to endless wars and urged a return to American diplomatic leadership over militarized responses to security threats. This is welcome news, but until that rhetoric becomes action in U.S. policy, including at the U.N., then the widespread reform global counterterrorism efforts need will falter.

In soon-to-be confirmed U.N. Ambassador Linda Thomas-Greenfield, the United States will have a competent and knowledgeable leader at the U.N., fully aware of the detrimental downstream impact of negative security policies. Combined with administration priorities on democracy, multilateral engagement, and ending endless wars this means that there is a chance for useful U.S. action on counterterrorism at the U.N.

First, the United States could work with other States who are worried about the nexus of abusive counterterrorism, authoritarianism, and securitization and make sure that the negotiations on the future U.N. approach to counterterrorism are not business as usual. A new strategy should include stronger protections on human rights, civic space, gender and humanitarian space. Achieving this will require ensuring human rights are central to the proceedings and critical civil society voices have a greater opportunity to participate in the process.

Second, the United States must insist that the U.N. system and budgeting reflect these priorities. In 2019, the total funding for U.N. counterterrorism programs was over $522 million. In the same year, the operating budget for the entire Office of the United Nations High Commissioner for Human Rights totaled $105 million. One way to help rebalance this would be to establish and fund an independent human rights oversight office -- that acts as an ombudsman -- with the clout to oversee the U.N. counterterrorism infrastructure.

Third, the United States should work with the U.N. Secretary-General’s office to create an internal firewall to insulate the U.N. system from future attempts by States to ‘blue-wash’ their repressive actions in the name of counterterrorism. This will be an important piece of the puzzle to reform the U.N. approach to counterterrorism – protecting the institution from contributing to repressive approaches and securing its future ability to protect rights, and build, keep and make peace.

The Biden administration is looking for openings to turn the tide against rising authoritarianism. While counter-terrorism policy might not be at the top of Ambassador Thomas-Greenfield’s urgent to-do list – it is an area where the stakes are much higher than most realize for that global fight. New U.S. leadership could prove determinative; inaction would ensure counter-terrorism continues to fuel authoritarians’ rise.

Photo: A wide view of the Security Council meeting on peace and security in Africa, with a focus on countering terrorism and extremism in Africa. (UN Photo). 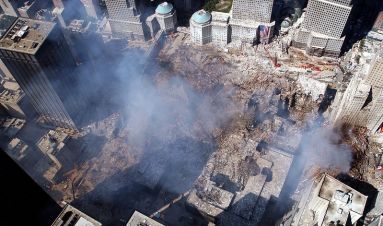 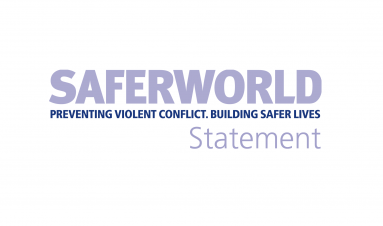