The UK Integrated Review: The gap between the Review and reality on conflict prevention 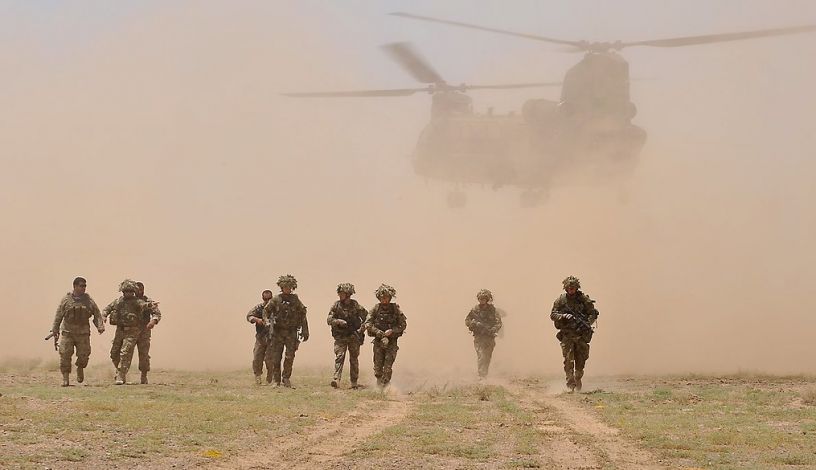 The UK Government has finally launched its Integrated Review of Security, Defence, Development and Foreign Policy which will determine the UK’s strategy across these four areas for the next decade. While headlines and commentators pore over its contents and implications, Lewis Brooks and Abigail Watson look at what it says and what it means for UK support to conflict prevention.

As the Integrated Review acknowledges, UK security is intrinsically linked to international peace and security. Conflict and authoritarianism have a devastating toll on human suffering. They also threaten UK interests: being a disaster for trade and economic development, enabling the growth of violent movements and forced displacement and for shrinking the community of nations that respect human rights and democratic values. It is a shame then that, despite some promising rhetoric, the Integrated Review has missed an opportunity to close the gap between words and the reality on the UK’s approach to conflict prevention.

As in many reviews that preceded it, there is a danger that the Integrated Review’s commitments to address the issues driving conflict are undermined by shorter term, military and economic interests. The Integrated Review makes a number of promising commitments to address non-traditional security challenges, such as climate change, health, and rising authoritarianism in a way which should have been given higher priority before now. However, alongside this it also notes the importance of trade deals, investing in counter-terrorism and militarily preparing for state-based threats. More could have been said on how to reconcile potential contradictions between priorities, not doing this may result in incoherence which gravely undermines the national interest.

For instance, the UK’s commitment "to support open societies and defend human rights, as a force for good in the world" is a continuous theme within the Integrated Review. While this is promising, the Review does not consider how it may be undermined by the UK’s commitment to work with "those who do not necessarily share the same values." Of course, the ability to tackle transnational challenges, from security to climate change, will depend on the UK’s capacity to work with a wide range of partners across the world. However, the UK’s provision of military equipment and training in the Gulf, West Africa, the Middle East and elsewhere has shown that there are risks to human rights and peace when these partnerships are primarily based on military support.

These risks are particularly pertinent for the UK military's "persistent engagement" strategy. This strategy would see "[t]he UK … deploy more of our armed forces overseas more often and for longer periods of time, to train, exercise and operate alongside allies and partners across all our priority regions." These forces will "build the capacity of others to deter and defend against state threats; support, mentor and, where necessary, assist nations in countering non-state challenges; and strengthen our network of relationships."

In the absence of a broader political strategy, empowering UK partners with increased coercive capabilities (and the implicit or explicit political endorsement that comes with it) risks reinforcing abusive, corrupt and exclusive elites – and therefore undermining peace and open societies. This risk is evident in many places where the UK is providing training and equipment, including arms sales to Saudi Arabia and broader military support to Egypt. Nor are these isolated cases; between 2010 to 2019, 76% of the conflict deaths resulted from state-based violence. By providing support to exclusionary and repressive governments, the UK risks reinforcing these trends and creating more risks to civilians.

Some of these inconsistencies could have been addressed with better consultation with those affected by UK engagement. The Integrated Review sets out the consultations which informed its conclusions, but does not say whether these included civil society, peacebuilders, women’s rights and youth activists in conflict affected countries. Nor is there an emphasis on continuous learning from these groups, although framing on open societies suggests this would be coherent with the Review’s vision.

This is a missed opportunity; their views are vital for highlighting what works, and developing more sustainable solutions for addressing conflict. With consultation the Review may have better grappled with how insecurity is experienced by different groups. For instance, support for women and girls is largely confined to girl's education overseas, and the links between gender and violence is relegated to one small paragraph. A comprehensive gender analysis would have better captured the ways in which women and girls experience conflict and instability differently and how gender inequality can drive conflict.

Setting a strategy for conflict prevention

The Review does signal some positive shifts in the UK "placing [a] greater emphasis on addressing the drivers of conflict (such as grievances, political marginalisation and criminal economies), atrocity prevention and strengthening fragile countries’ resilience to external interference." However, to do this effectively, the UK government requires a comprehensive, up to date cross-government strategy for conflict prevention.

The status of the Department for International Development (DFID)’s Building Stability Framework, since the creation of the Foreign, Commonwealth and Development Office (FCDO), remains unclear. The Ministry of Defence, Home Office, Department of Justice and National Crime Agency all engage in activities related to security and justice in conflict affected countries. Failure to commit to a cross-government strategy leaves a big question mark over how the UK will move beyond a list of separate departmental initiatives towards a more coherent and strategic approach. The government also needs to clarify what additional resources will be given to the "conflict centre within the FCDO" if the merger of the Stabilisation Unit and DFID’s conflict prevention expertise is to be a success.

Investment in hard security and cuts to conflict prevention

Despite some positive approaches to addressing conflict and supporting open societies the UK government is investing considerably more in hard security while cutting resources to prevent conflict. There is a £492 million cut to the Conflict, Stability and Security Fund (CSSF) from 2020–21 to 2021–22 including at least £348.9 million of the CSSF’s Official Development Assistance (ODA) alongside reported cuts of between 50% and 90% to UK aid to conflict affected states. While the review suggests that this is only a temporary change, switching off the UK government’s conflict prevention efforts will still have lasting and detrimental implications.

Yet, by contrast, as the Review notes, the UK has "[m]ade the biggest sustained increase in defence spending since the end of the Cold War." This mismatch between 'hard’ and softer approaches to security may undermine its stated desire to develop a truly integrated approach - a coherent strategy requires the unique and important contributions of each department to be recognised and built in.

The UK, then, has a long way to go in closing the gap between the Review and reality. In implementing the Review, it must take a more holistic approach to security by consulting those affected by UK conflict policy and including greater gender analysis. It must also acknowledge, and mitigate, the ways in which the UK’s own inconsistencies can exacerbate violent conflict around the world. It must also ensure the rhetoric around "promoting open societies and protecting public goods through conflict prevention, strong rule of law, respect for human rights and media freedoms" is matched with sufficient political, diplomatic and financial resources deployed within the framework of a cross-governmental conflict prevention strategy. 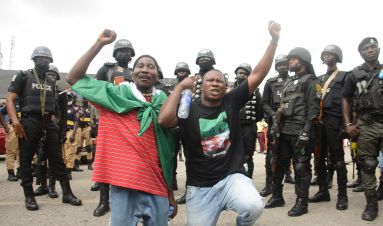 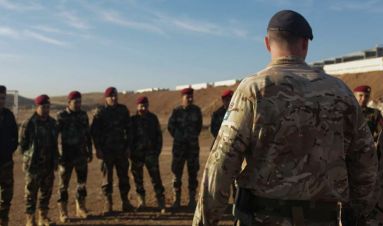