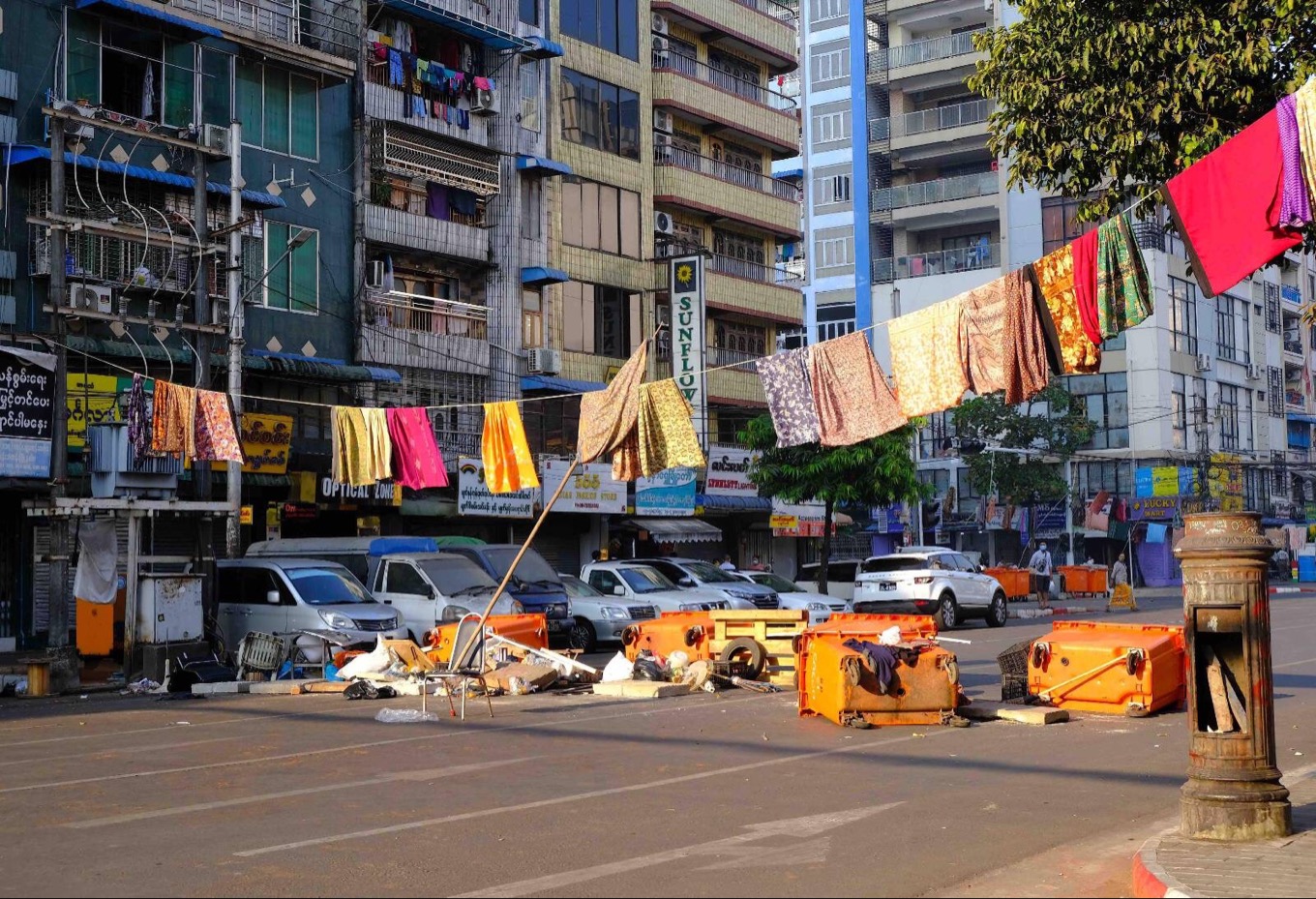 Women have been leading and taking part in political opposition and social support activities in Myanmar for decades. One year on from the military’s illegal seizure of power, it's time for the international community to better understand women’s resilience and diverse political interests.

Since the Myanmar military staged a coup d’état one year ago, people across the country have engaged in many forms of political and civic action. The roles of women, and particularly young women, have been central to this resistance movement – as revolutionary strategists, public protestors, striking civil servants and factory workers, frontline volunteers, armed combatants, and covert medics. For many, these efforts are not just a response to crisis and military brutality, but a direct political challenge to patriarchal, authoritarian norms that have fuelled conflict for decades.

The already diverse landscape of women-led organisations in Myanmar has grown even more so in response to the military’s illegal power grab in February 2021. Women and community groups along the country’s borders and in the central heartlands are delivering critical support and humanitarian aid, working individually or alongside new coalitions forged by the resistance. Many long-established civil society institutions have adapted their traditional activities to respond to the almost daily emergencies caused under the military’s self-proclaimed governance body, the State Administration Council. Civil society responses range from food and income support for the growing numbers of internally displaced people, legal aid for political prisoners, international advocacy for stronger sanctions and arms embargoes, and even addressing the hardships created by widespread electricity cuts imposed during the blistering hot season. Women’s rights organisations are seeking to alleviate immediate suffering, but they are also continuing to promote solutions to women’s peace and security (WPS) issues, document human rights violations, and exercise a range of visions for a future federal democracy.

The international response and its shortcomings

While Myanmar civil society is testing new approaches for effective and safe service delivery in this repressive environment, many donor governments and international organisations appear rooted in old operational models. Despite rhetorical commitments, certain outdated programme designs, along with an adherence to restrictive funding requirements, continue to stymie the delivery of innovative, responsive, and wide-ranging civil society support. These restrictions take many forms, for example:

These ways of working stand in direct opposition to the international community’s push towards localisation, which should place risk-sharing at the centre of its ‘solidarity’ agenda. Impacts of these requirements can also fall heavily on women’s organisations, which are frequently called upon with short notice to provide inputs to extractive, donor-driven processes and are still less likely than other organisations to receive long-term, flexible funding.

Further complicating the design of effective support, international NGOs and donor governments working in Myanmar are contributing to a widening gap between the expertise of people engaged in grassroots activities and the analysis that shapes programme and funding decisions. Agencies and nongovernmental institutions often cite the risks of consulting with civil society members involved in crisis response and pro-democracy activities directly. While such consultations should of course be subject to risk assessments, this (understandable) caution does dramatically narrow opportunities to shape narratives about Myanmar, and conveys a paternalistic mindset that has restricted opportunities for participatory analysis for years. Current research on Myanmar’s conflict, social, and political issues is at serious risk of over-reliance on national-level, men-dominated perspectives communicated by Myanmar elites, people outside of the country, and foreign analysts who are easier to access. These viewpoints are important, but may overlook or mischaracterise the smaller, underground and often youth- and women-led efforts that are essential to understand in order to develop holistic responses to the ground-level situation. Immediate investments in international NGOs’ capacities to conduct conflict- and gender-sensitive analysis are sorely needed.

Finally, international bodies need to resist the temptation to over-simplify and instrumentalise the experiences of people within Myanmar’s resistance movement. For example, ‘women’s rights’ and the WPS agenda in Myanmar are often discussed in relation to gender-based violence and conflict-related sexual violence. These crimes and abuses, which can be perpetrated against men, women and gender minorities alike, are rooted in inequality and must be urgently documented, analysed and remedied. But women are pursuing and addressing a range of issues through their civic activism, advocacy, and political expression. Programming that primarily situates women as ‘victims’ of conflict or violence misses their roles as political stakeholders and peacebuilders.

Conversely, praise for the bravery of women and youth is encouraging, but must be accompanied by resources to address the severe hardships they face. Organisation staff and activists have received death threats and fled from their homes to evade harassment and detention. Young people engaging in resistance activities may protect family members and peers by cutting off communication, which can exacerbate their isolation and anxiety. People across the country may witness or encounter various forms of violence and abuse while managing fear, exhaustion, food and income insecurity, or varying degrees of trauma and stress, often without safe spaces to discuss these experiences. These complexities are also central to understanding communities, and women’s responses specifically.

As Myanmar’s resistance movement continues over time, women’s rights organisations and diverse women activists should be viewed and approached as deeply political, with a range of interests and ambitions. International organisations must proactively challenge their own biases that can limit understanding of this changing landscape, deliver ineffective support, and even do harm. Today, as was the case one year ago, activists raise their voices to address harms against women, and to challenge power structures that have failed to serve all of Myanmar’s people.

Photo by Ori Salomé, taken on International Women's Day 2021. One year ago today: Women protesting the military’s violent takeover hung their ‘htamein’, or traditional wrap skirts, high above the streets of Yangon to discourage soldiers from passing below. The htamein campaign challenged harmful gender norms that situate women’s undergarments as a threat to masculinity. 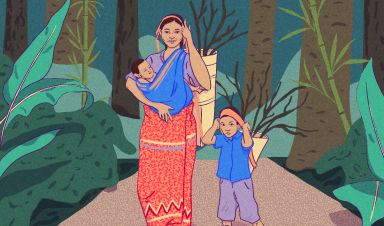