In Saferworld’s latest study, David Keen explores how both the Syrian regime and international actors fuelled violence and fundamentalism in the Syrian war.

Military engagement, diplomacy, aid policy, and sanctions – all increasingly shaped by the ongoing ‘war on terror’ – have interacted damagingly with Syria’s civil war – a war in which manipulating disorder and colluding with ‘enemies’ has taken precedence over winning.

Although the conflict continues to evolve, the conditions that fuelled militant fundamentalism in Syria – and the regime that nurtured it – endure. To address the challenges ahead, it is vital to understand how we got to this point.

Syria: playing into their hands describes how:

The report challenges international actors to rethink their assumptions and their future engagement, and recommends:

Read ‘Syria: playing into their hands’.

Find out more about our work on peacebuilding responses to terrorism and migration. 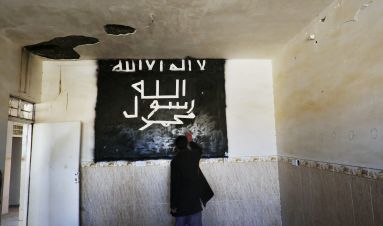