European Union Member States should take a long, hard look at their current arms export control practices in light of the problems revealed by EU arms sales in the lead up to the ‘Arab Spring’.  EU Members are due to commence a review of the EU Common Position on arms transfer controls by the end of 2011. This report, produced by several European NGOs and co-edited by Saferworld , recommends that the review should consider:

The report also shines a light on a number of problematic arms transfers from EU members to MENA, which has been a key market for EU defence manufacturers in recent years, despite the authoritarian nature of a number of regimes in the region.  While examples exist from across a range of countries, Libya and Saudi Arabia stand out as of particular note.

The European Parliament called for an EU arms embargo against Saudi Arabia. Now what? 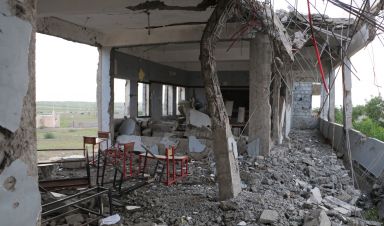