Violence against women in Egypt: prospects for improving police response

During celebrations for Abdel Fattah el-Sisi’s victory in the presidential race in June 2014, at least nine women were violently sexually assaulted by mobs of men in Cairo’s Tahrir Square. Shortly after, Sisi made a statement in which he instructed the minister of interior to “vigorously enforce the law and take all necessary measures to combat sexual harassment”. Within days of the president’s statement, the Ministry of Interior (MOI) announced plans to expand nationally the Violence Against Women (VAW) Unit that had been established in the Ministry in mid-2013.

This paper discusses the context and the political events that led to the establishment of the VAW unit, the unit’s work since 2013 and the key challenges it faces, and the deeper institutional changes that are needed. The paper concludes with recommendations to the MOI for ways to improve Egypt’s policing response to violence against women.

Key recommendations include committing to ongoing high-level government support to the VAW unit; ensuring all police officers are trained to deal appropriately with VAW cases; increasing the representation of women in the police force; and adopting a wider set of reforms to ensure accountability and democratic governance in the security sector.

“Beyond technical reforms around the police’s violence against women response, a broader process of security sector reform is needed to address the structures and practices of the police that have led to abuses and to the police’s failure to address the security needs of Egyptian citizens, including establishing strong accountability and oversight mechanisms.” 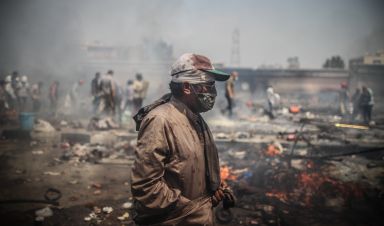 We need to talk about Egypt: how brutal ‘counter-terrorism’ is failing Egypt and its allies 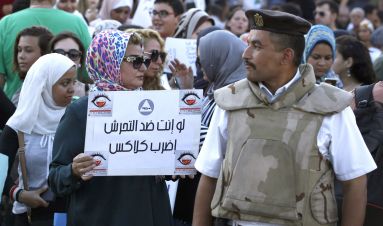